American “Wormy” Chestnut was traditionally a highly valued hardwood, with its warm tones and a grain similar to oak. But the once common hardwood tree was eradicated by blight in the early 20th century, and today, dismantled old barn structures are its sole source, making it among the rarest and most prized of reclaimed woods, utilized, with it’s distinct worm holes and handsome grain. It is utilized in everything from feature walls and head boards to picture frames.

In 1904, a ship carrying Japanese chestnut trees arrived in the port of Albany, New York, bringing a fungus that would decimate the American chestnut. It was first discovered on the grounds of the New York Zoological Society in 1904.

The Chestnut was among the most beloved trees. “Queen of the American Forest,” it was called. Chestnut festivals, followed by roastings over open fires, were popular. On rich soils, a mature chestnut could grow to more than twenty-five feet in diameter. So, at the time of the blight, farmers and builders had the luxury of sawing the dying trees into barn and house lumber, where it is recovered today.

For wildlife, the loss was absolute. The tree was very important for white-tailed deer, wild turkey, the extinct passenger pigeon, and black bears, who fed on piles of the nuts to fatten up for winter. 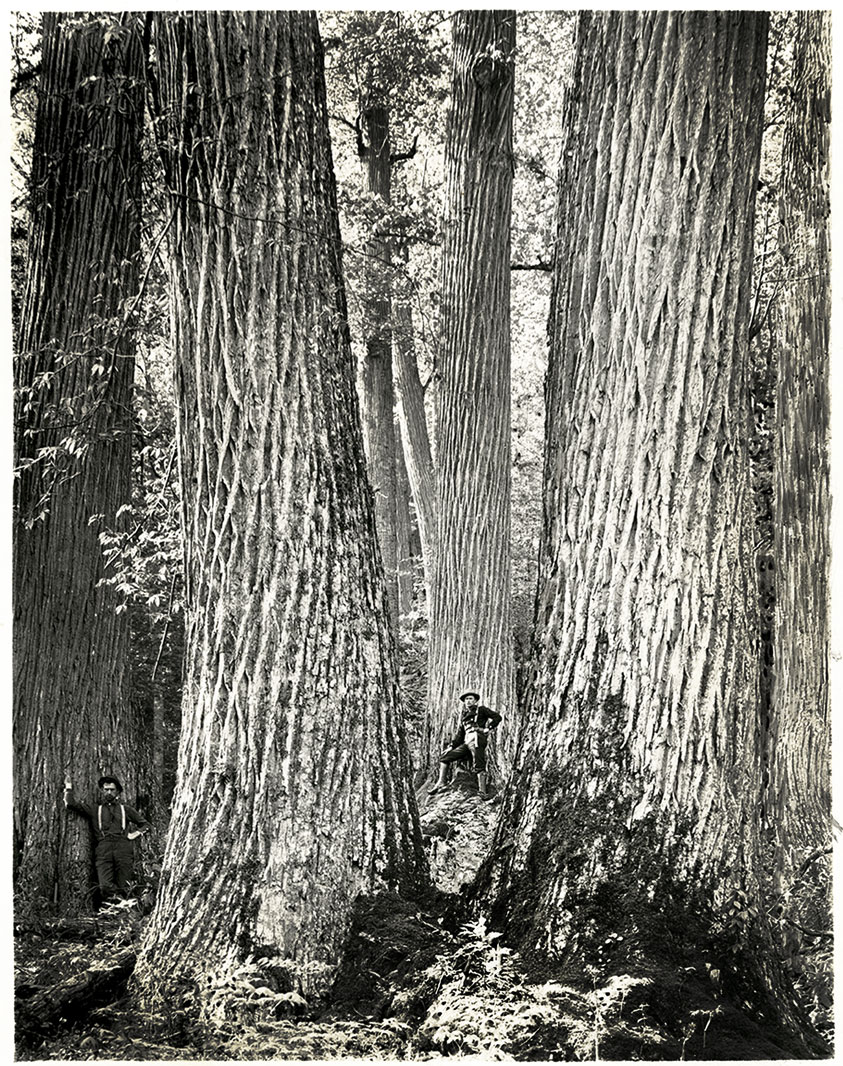