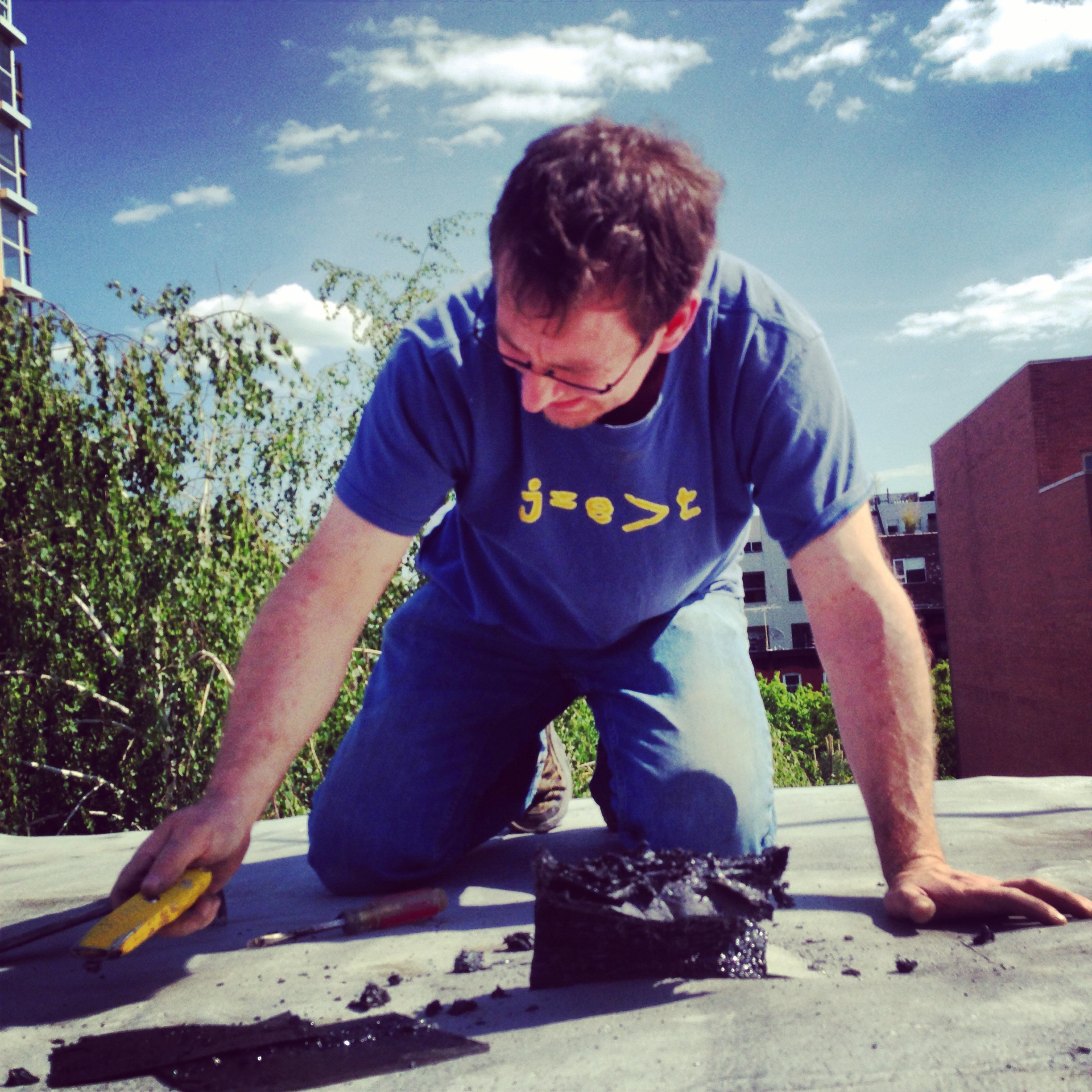 Danny O’Connell of OMC Construction takes a roof sample that indicates asbestos within one of the layers – needing removal in advance of the general construction.

Squib history: The chrysotile used for asbestos was first mined in Canada during the 1870’s – and there’s actually a town called called Asbestos, Quebec. The material would become widely used for insulation, drywall, flooring, roofing, ship building and furniture. As early as the first century AD, Greek and Roman slaves had become seriously ill after working with asbestos in weaving. Like switching off coal in favor of solar, insulation has had a long way to go towards removing toxicity and improving insulating quality.