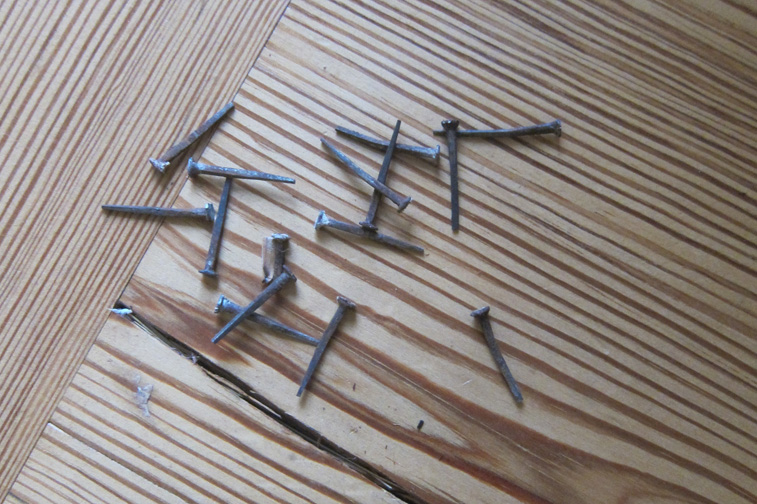 The reclaimed wood wall strips in the house were fastened with small nails. Like the Muir Web, where tiny creatures are essential building blocks of nature, this hardware item, barely longer than an inch, held together the built environment of 19th c. New York. Square edged and tapered, they’re a scaled down version of nails used for larger lumber. Often called ‘Class B Cut’, they combine the machine and hand made, chopped at an angle from a metal sheet, with a head formed from a quick strike to a heated end. They came in the millions from the iron belts of Birmingham or Sheffield, England or western Pennsylvania during the industrial era. Where they’ll go next is uncertain. (photo: nails on Longleaf Pine)