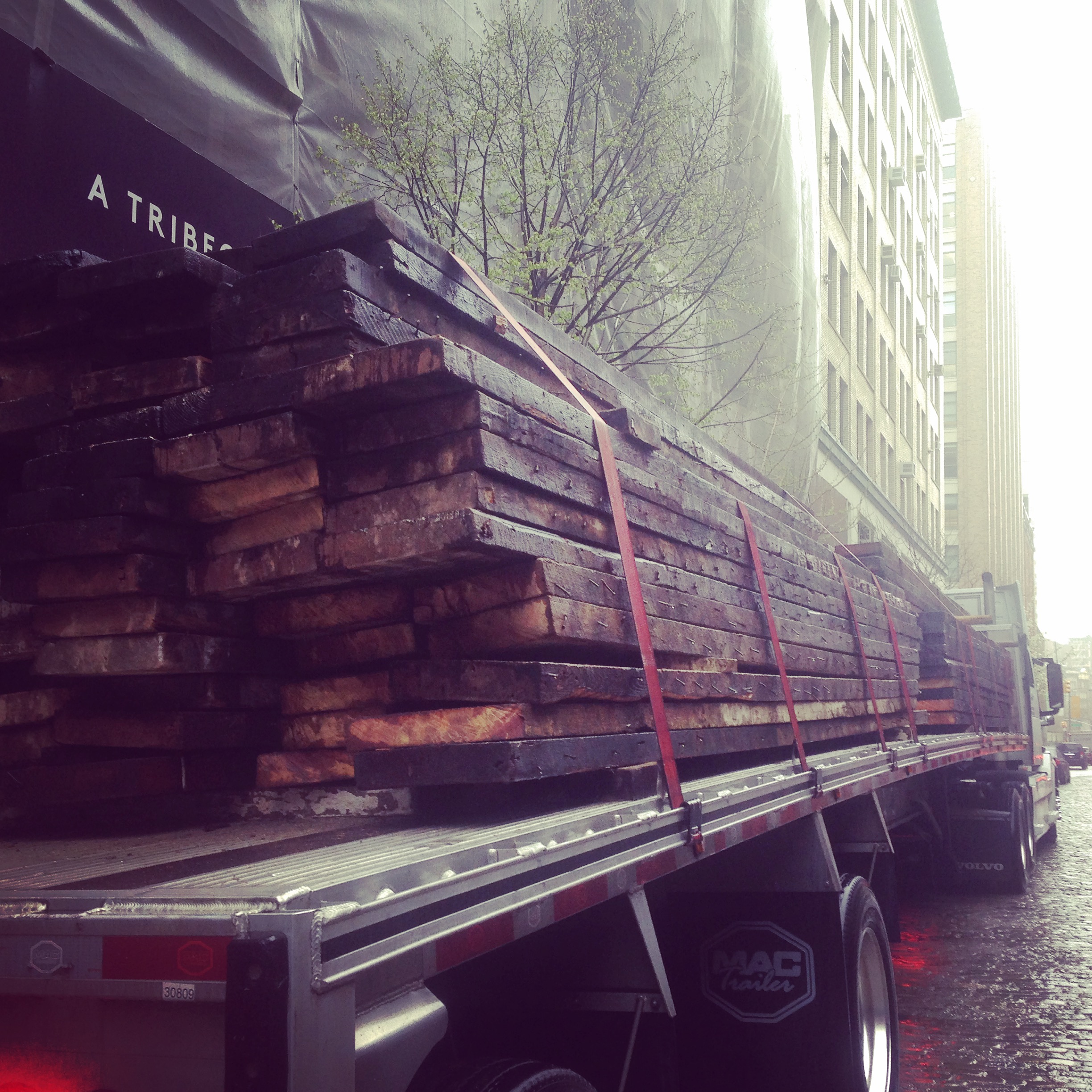 A large project on Greenwich St. is drawing to a close, with over 500,000 bf of grade A Longleaf Pine lumber reclaimed from the gutted warehouse which is being developed into one of the highest valued properties in Manhattan. The building, constructed in 1895, was home to the American Steel Wood Co. and a range of smaller companies, including the Novelty Toy Co., with claims to releasing the first ‘Teddy Bear’. In the late 20th c., 443 Greenwich serviced a long list of film companies, small manufacturers and artists that worked and lived out of an edgier Tribeca neighborhood.