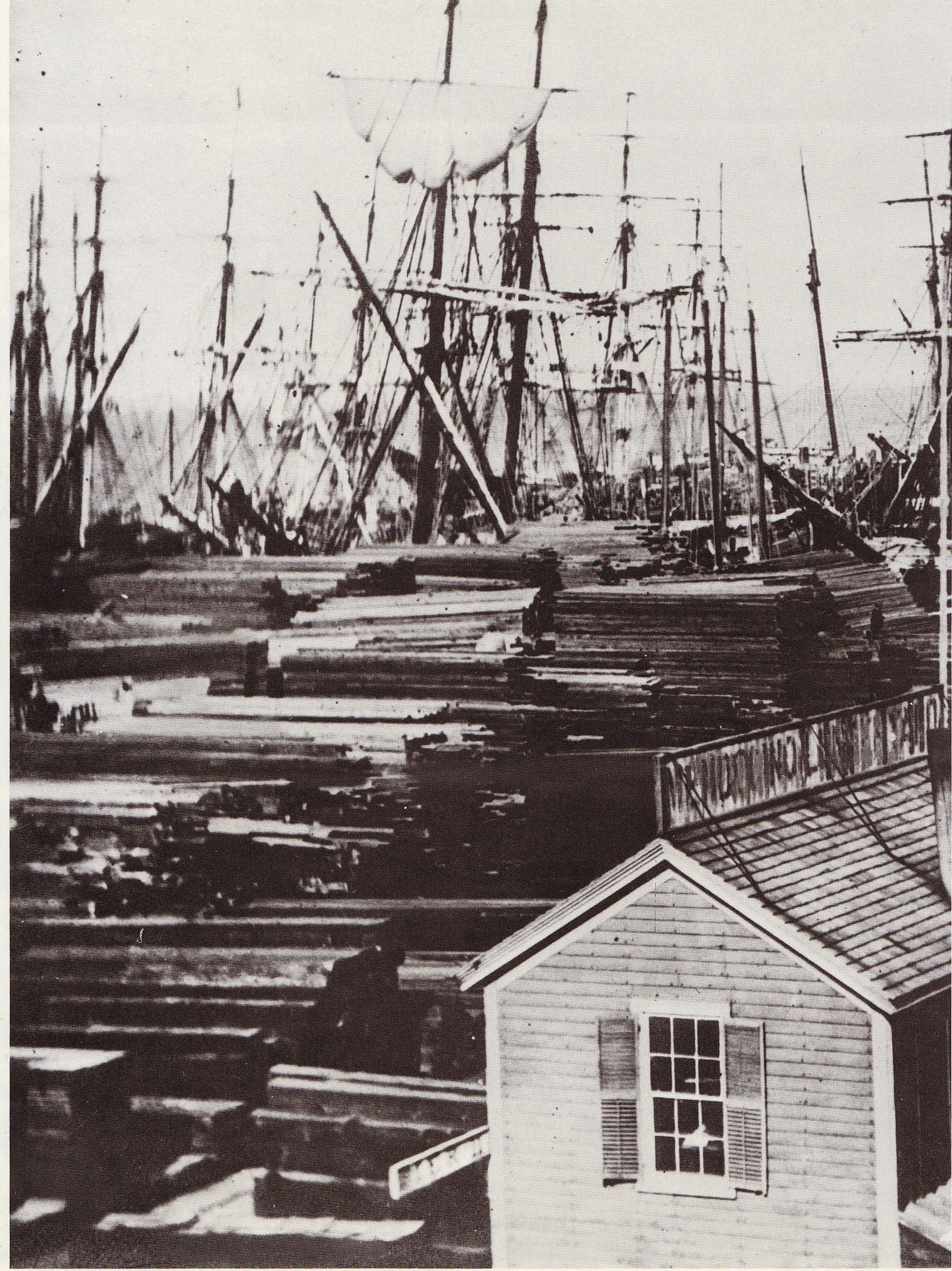 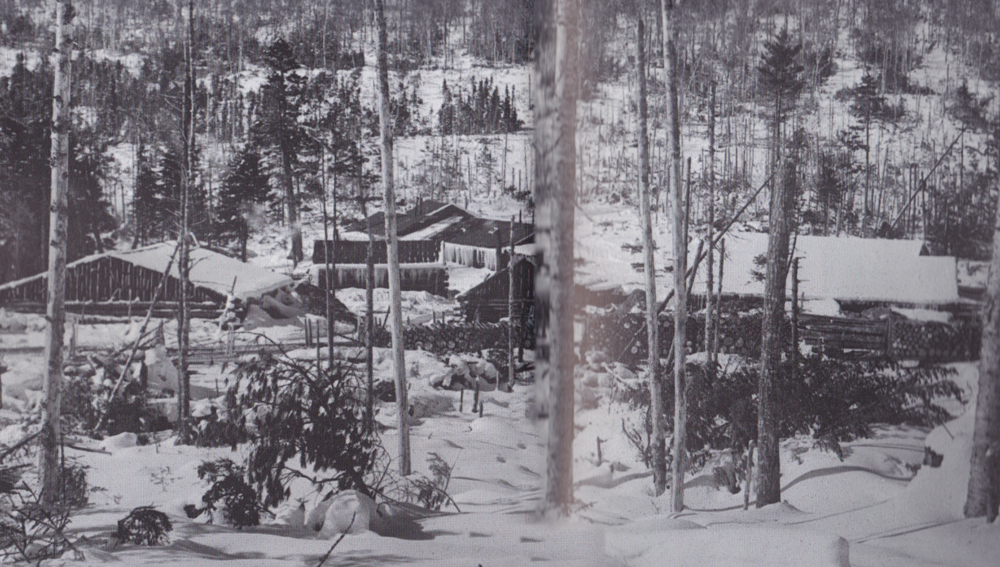 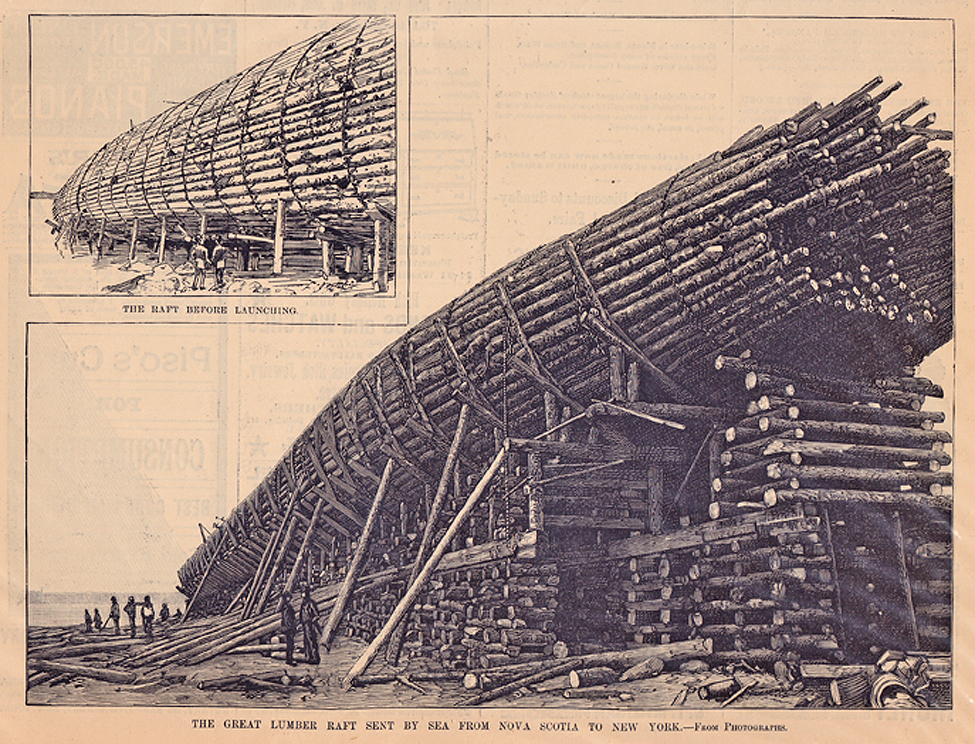 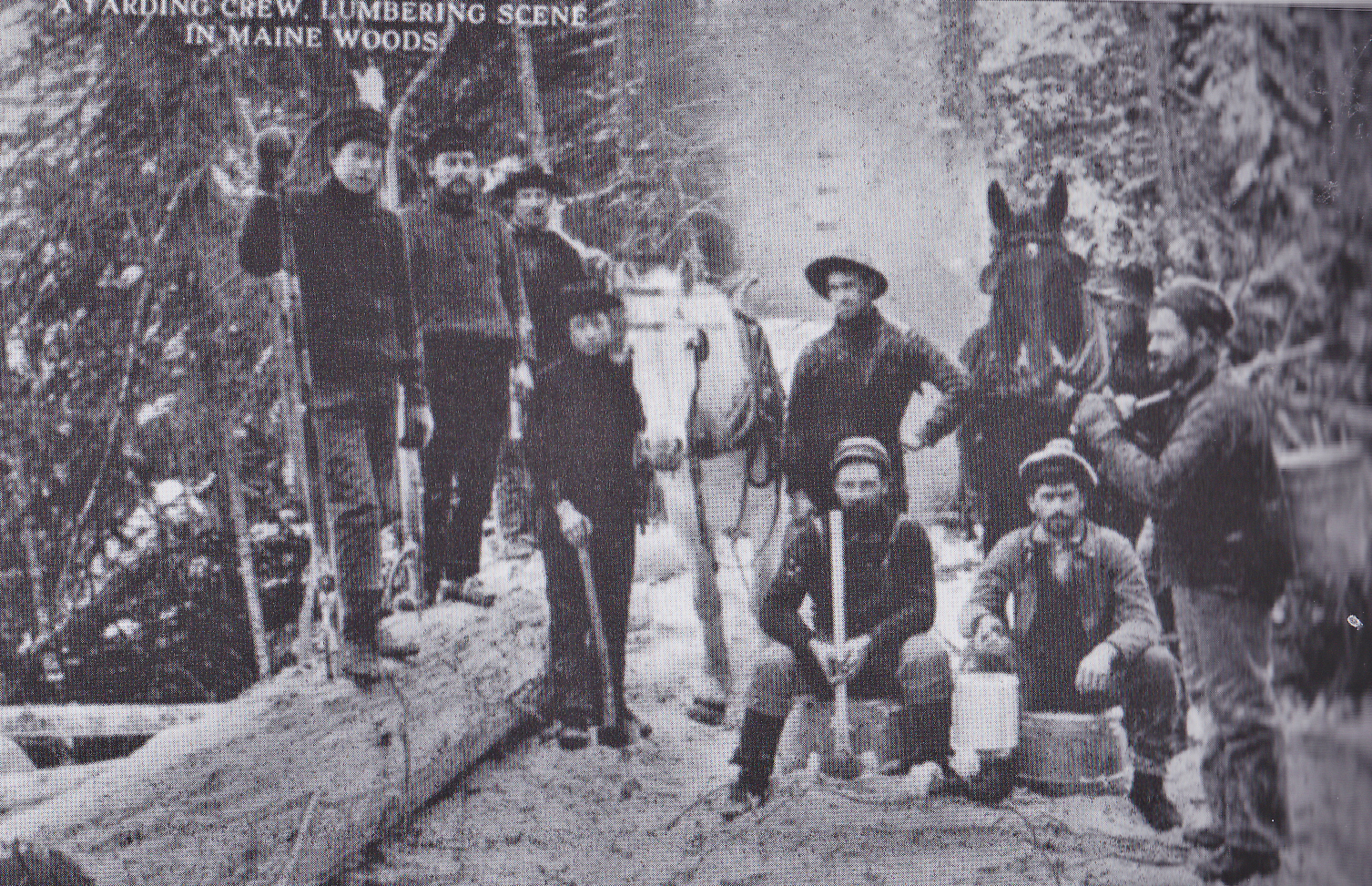 “The great lumber raft sent by sea from Nova Scotia to New York” – Launched at Two Rivers on November 15th, and pulled to New York by the steam-ship Miranda. It contained 25,000 sticks of Spruce and Pine timber, from 35-95 feet in length, along with a lesser quantity of Beech, Birch and Maple timber, for a total of 4,500,000 feet. It costs the owner James D. Leary $32,000 to have it towed to Newtown Creek in Brooklyn. The method of raft construction was new, requiring six months of work and close to fifty men. The ‘raft’ was 585 feet long (about a football field), 62′ in width and 37′ deep. The object was to bring longer timbers to New York City than was possible by ship, and at a cost less than timbers shipped by rail from Michigan and Ohio.