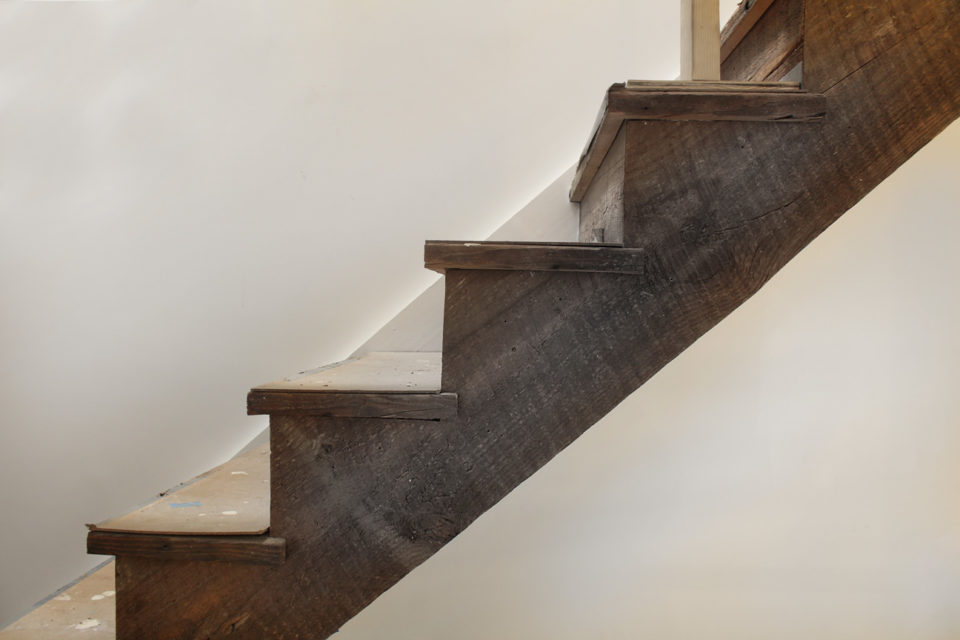 The reclaimed wood stairwell may be the last step of the house to be completed, as the transition pieces on the railings need to be custom milled. But the exceptional work by Jim Hartin and his crew at Blueline Construction produced the rustic and finely crafted steps, carving out stringers from dense 3 x 12 antique Pine timbers that arrived from 514 West 29th St.- the ascent feels like earth underfoot.

Woods reclaimed from storage tanks are made from grade A lumber – often Oak, Cypress, or Redwood. Whether the water tanks that dot the city skyline  or tanks used for wines, whiskey, pickles, and in the most current instance – Worcestershire Sauce.

This rare lot of Douglas Fir was recently salvaged from the Worcestershire Sauce tanks at the Lea & Perrins facility in New Jersey. Going back to the early 1800’s, when the sauce was invented (by accident), the company has gone through a handful of owners and locations (a third of the tanks were transferred from an old facility in Manhattan) until finally being acquired by Heinz, where the special sauce will be made in the midwest – though in Stainless Steel containers. Some say you can taste the difference when the sauce is seasoned within the wood tanks.

Doug Fir, named for the British explorer who identified the tree in the Pacific Northwest, the country’s second largest, yields wood with a clear dense figure and warm brown and red hues, that sometimes break out into psychodelic grain patterns. The old tanks can now go through renewal and into a range of beautiful building and design applications, including original surface and re-surfaced paneling, doors, floors and furniture. 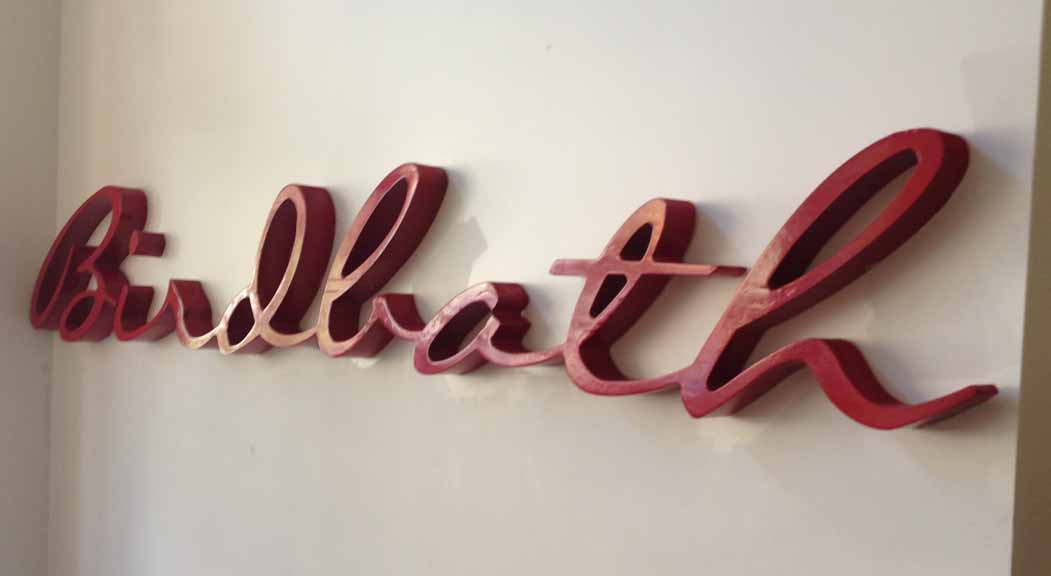 This scripted sign that we routed, painted cherry red within the NYC bakery Birdbath is actually made of reclaimed antique White Pine. The commitment to sustainability – with the painting of salvaged wood – still reveals stress cracks and wood grain in the surface texture.